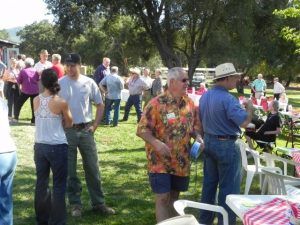 A straw poll was held over the weekend at the Tuolumne County Republican Central Committee’s annual picnic held at Mount Brow Winery.

TCRCC Board Member Connie Williams reports that Cain was the top vote getter and former House Speaker Newt Gingrich came in second. In addition, those at the picnic were asked who they prefer to be the next Vice President. The results are listed below: