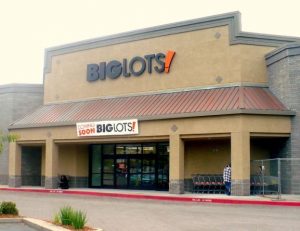 Some businesses are opening and others are changing hands.

The Sonora Big Lots has formally announced that it will have a Grand Opening Celebration on October 21st at 9am. The discount retailer has 1,415 locations nationwide, and the Sonora store is one of 90 opening in 2011. Next door neighbor Joann’s Fabric and Craft will open on November 11th, and PetSmart also plans to open sometime within the next month.

Panini’s restaurant in the Copperopolis Town Square has new ownership. The full service restaurant and bar has been purchased by Brian and Valeri Offi. The Offi’s are residents of Copperopolis and also own the Villa D’oro Restraunt in Twain Harte. The Town Square also has a restaurant that recently opened down the street from Panini’s, Griff’s Barbeque and Grill.

Construction is still moving forward on the AM/PM Mini Mart at the new Standard Center. An opening date has not been announced. It will also include space for a neighboring fast food restaurant.