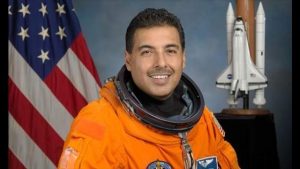 However, Denham will be running in the newly formed 10th district which includes Stanislaus and southern San Joaquin County.

It was announced today in Modesto that former astronaut Jose Hernandez will also be running in the 10th district.

The Associated Press reports that 41-year-old Hernandez describes himself as a moderate Democrat. A Stockton native, he worked as a migrant farm worker as a child.

Although he has never held office, Hernandez spent a year at NASA headquarters working with members of Congress on space policy issues out of the office of legislative and intergovernmental affairs.

Hernandez was also encouraged to run by President Obama.