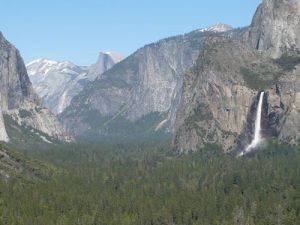 Locations will initially include the communities of Foresta, El Portal, and Wawona. Other pile burning locations are Chinquapin, the Merced Grove, the Mariposa Grove, and along many park roads.

Yosemite officials say that piles of debris are typically burned during the spring and fall when the weather conditions are cooler and there is a higher amount of precipitation. Burn piles generally consist of down and dead forest material, such as tree limbs, logs, and brush. A maximum of 200 piles may be burned in one day.

Pile burning is beneficial for clearing forest undergrowth and reducing fuels. It can also create fuel breaks that may be utilized during future prescribed fires in the area.

Temperatures over the next few weeks are expected to remain cool, with sporadic rain predicted. Visitors and the surrounding communities should expect minimal smoke due to the pile burning throughout Yosemite.