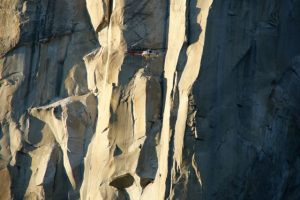 The unidentified climbers were ascending El Capitan on the Nose Route, a popular and difficult area to climb. The lead climber fell and severed the thumb on his right hand. The thumb got caught in a rope and fell approximately 80 feet. The body part was located and retrieved by the second climber. The pair called the Yosemite National Park Emergency Communications Center, and were later rescued by an emergency helicopter.

The injured climber, who was visiting from Austria, was then taken to a hospital in San Francisco where his thumb was successfully reattached. He suffered no other serious injuries during the fall.