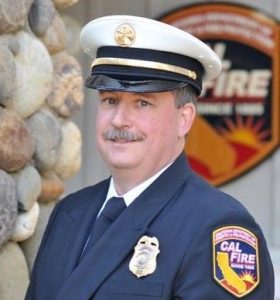 A 29-year fire service veteran, Kirk began his career in 1982 in El Dorado County as a volunteer firefighter. He has worked as a full-time firefighter, fire apparatus engineer, Captain Paramedic and Fire Marshal for Cameron Park.

Before accepting his new position, Kirk was the Assistant Chief for the Amador-El Dorado-Sacramento-Alpine Unit’s Southern Division in Amador County.