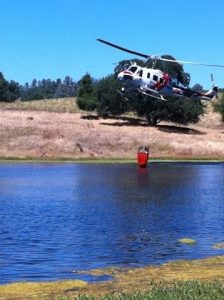 Sacramento, CA — Lawmakers are expected to begin discussions by midweek about proposed changes to the state’s new rural fire fee.

The revisions, proposed by Governor Jerry Brown, include implementing a $175 fee for a home or structure, and $25 for each subsequent building on the land. The Governor’s original tax approved as part of the June budget was $150 per home.

The Governor’s $175 proposal would apply to all structures, not just “habitable dwellings.” Most homeowners in the Mother Lode would end up only paying the original $150, however, because there is a $25 discount for property owners that live within an established fire protection district.

The original wording of the fire fee legislation indicated that revenues could only be used for “prevention,” but the proposed revisions allow it to be spent on “fire protection”, making CAL Fire eligible to receive the tax dollars.

The legislation would also allow the Board of Equalization to collect past due liabilities and place a tax lien on property owners that have not paid the fee.

The Budget Committee is expected to take up the revisions on Tuesday or Wednesday.