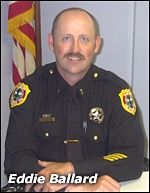 San Andreas, CA– The green light has been given to the new Calaveras County Adult Detention Facility and Sheriff’s Administration Building in San Andreas.

The county was notified this week that federal and state environmental reviews for construction of the project have been completed.

“Obtaining the Nationwide 404 Permit from the US Army Corps of Engineers was the last permitting hurdle that paved the way for the California Department of Finance’s authorization to proceed with construction,” said County Administrative Officer Jeanne Boyce.

In July, the Board of Supervisors awarded the construction contract to Flintco Pacific in the amount of $40,927,000 pending approval of the required federal and state environmental documents and the State’s authorization to proceed.

Back in November 2007, Calaveras County voters also approved Measure J, which authorized the issuance of $31 million in local bonds to improve the safety of Calaveras County residents by constructing new county Sheriff’s facilities and to help the County qualify for state matching funds for a new Adult Detention Facility.

The state of California has awarded Calaveras County $26 .4 million for construction of the new jail.

“This is an important milestone for the project and one to be celebrated,” said Captain Ed Ballard. “In 2007, the Board of Supervisors and Calaveras residents took a leap of faith in supporting Measure J and with the support of Governor Brown and former Governor Schwarzenegger, the State Department of Corrections and Rehabilitation, the Corrections Standards Authority, the Department of Finance, the US Army Corps of Engineers, among other federal state partners, and two local Sheriff’s, current Sheriff Kuntz and former Sheriff Downum, this project has become a reality.”

The project is scheduled to be completed in the spring of 2013.