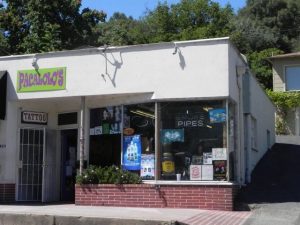 Sonora, CA — The Police Department has arrested the owner of a Sonora business.

52-year-old Keyth Pike of Pacalolo’s was arrested for selling illegal bath salts and spices. The products in question contain controlled substances that have been linked to several deaths in the U.S.

An investigation included the undercover purchase of the items in question and testing by the California Department of Justice Lab to confirm that they contained a controlled substance.

Police Chief Mark Stinson says Pike was then told to quit selling the items, be he did not comply. Stinson says Pike even continued instructing customers how to use the product after being told that it could be deadly.

Pike was taken to Tuolumne County Jail this morning with bail set at $50,000. A search warrant was later carried out at the business, located at 420 S. Washington Street. Numerous packages of bath salt and spice were found, along with a large amount of drug paraphernalia.

The products in question are known as “K2”, “Spice” and “Bath Salts.”