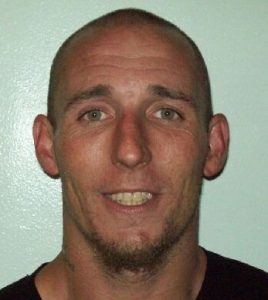 Jamestown, CA — A Jamestown man was arrested after a 31 mile high speed chase.

Eventually a citizen driving a truck on Marshes Flat Road tried to block Miller. In an effort to pass, Miller himself drove off the roadway. He was captured and arrested.

Miller had three felony warrants and six misdemeanor warrants. He now faces additional charges of evading a peace officer and driving with a suspended license.