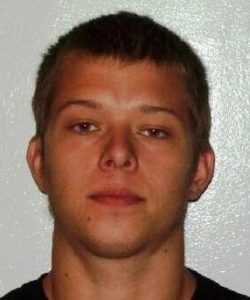 Sonora, CA — A second suspect has been arrested in connection to the assault outside the Sonora Rite Aid.

A man was allegedly beaten by two men while in the parking lot back on May 9. Last week 23-year-old Connor Brown turned himself into authorities, and this morning officials arrested 24-year-old Steven Engle-Borda of Jamestown. The Police Department reports that a witness came forward and indentified Engle-Borda as the second suspect. He faces charges of assault with a deadly weapon and assault resulting in great bodily harm.

To read an earlier article about the incident click here.