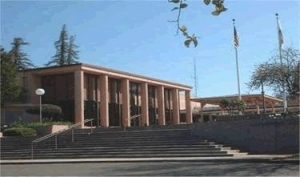 San Andreas, CA – Hugh Swift has been selected as the new Court Executive Officer for the Superior Court of Calaveras County.

Swift currently serves as the Court Executive Officer and Family Support Commissioner for the Superior Court of Amador County. He will step into the new role on September 19th, and will take over for Mary Beth Todd.

Todd has recently been selected to be the Court Executive Officer for the Superior Court of Sutter County. While Swift has worked in Amador County since 1999, he has been a resident of Angels Camp during that duration.

Presiding Judge Douglas V. Mewhinney states, “We are very fortunate to have Hugh as our new Court Executive Officer. He has worked with us on several joint projects so is very familiar with our court and we are confident in his abilities to lead the court during this time of transition.”

Swift graduated from the University of San Diego in 1981 and obtained his law degree from California Western School of Law in 1985.