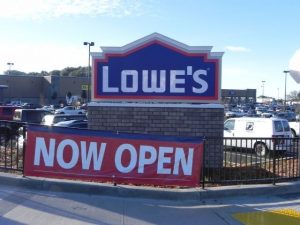 Sonora, CA — The Tuolumne County Supervisors will talk about whether to reduce the regulations placed on big box stores.

An ordinance passed in 2004 requires that any large format retail center over 60,000 square ft. complete a full economic analysis if located in the unincorporated areas of Tuolumne County. The report looks at the amount of revenues that would be generated for local government versus the projected amount that would be lost by the closure of existing businesses.

A public hearing will be held Tuesday on whether to reduce or eliminate the economic analysis requirement. The Planning Committee for the Board of Supervisors has recommended an outright elimination.

The original ordinance implementing the 60,000 square ft. rule was passed around the time that Home Depot expressed a desire to build an over 90,000 square ft. retail center. Some complained that the business would detrimentally affect the rural character of the county.

The current county ordinance does not affect the City of Sonora, where the new Lowe’s was recently constructed.

Tuesday’s Supervisors meeting begins at 9am. It will be streamed live in the multimedia section of myMotherLode.com.