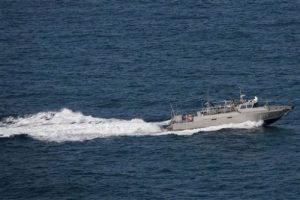 Baja, Mexico – The U.S. Coast Guard is lending Mexico help in the search for seven Americans whose boat capsized near Baja on Sunday.

Two of the missing men are confirmed from Twain Harte, Mark Dorland and Al Mein. An additional two people found safe are from Sonora, Bob Higgins and Steve Sloneker. The Associated Press reports that the Coast Guard in Sacramento sent a C-130 Hercules yesterday to join the rescue effort. The search is continuing over an extended region. Because of the calm conditions and warm water, searchers believe it is possible that the victims could survive for many days.

The boat capsized on Sunday after a brief storm hit the region, causing it to overturn. The group of 27 Americans onboard were primarily from Northern California, and were taking part in an annual fishing trip surrounding Independence Day.