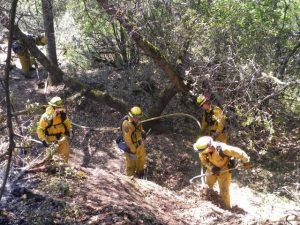 Columbia, CA– The names of two people involved in a plane crash near Columbia Airport have been released.


The accident that occurred at 12:19 pm today caused minor injuries to the pilot, 53-year-old Timothy Klingaman and his 20 year old daughter Kendall Klingaman, both of Tempe, Arizona.

According to the Tuolumne County Sheriff’s Office, both escaped the fiery crash by breaking the windows of the Stinson aircraft and crawling out. Both suffered minor burns but refused medical treatment.  The crash was near Pioneer Park.