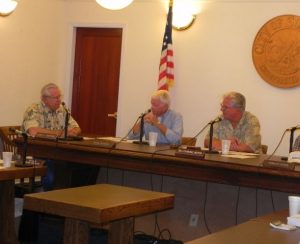 Sonora, CA — The Sonora City Council has approved a $3.7 million General Fund budget for the fiscal year that starts Friday.

The General Fund budget includes a 10 percent reduction in salaries and associated costs primarily through implementing furloughs. Some negations are still ongoing with bargaining groups, and the city is hoping to end the next year with a $76,200 surplus. If negotiations fall through, the city would still have a projected surplus of $8,300.

The Council directed City Administrator Tim Miller that they wanted a balanced budget for next fiscal year. The past three years the City had been operating with a deficit and forced to take money out of reserve funds. “That’s not a prudent business model,” stated Miller, at Monday’s meeting.

Many other cost savings will come from worker retirements, and not filling positions currently open.