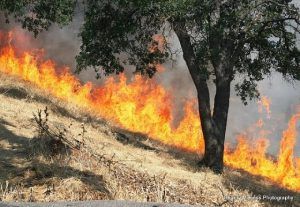 The first fire in the Oakdale area started at 1:39 pm on 28 Mile Road and Eastman Road. It burned a total of 330 acres.

The second Oakdale fire on Cobblestone Road and Stoney Ridge Road broke out at around 2:30 pm. Cal Fire says it burned 206 acres.

There was also a fire in Copperopolis yesterday that burned 25 acres. It began shortly after 3 pm on Highway 4 and Telegraph Road.

Multiple fire agencies responded to these fires including Columbia air attack.  The cause of the fires remain under investigation.