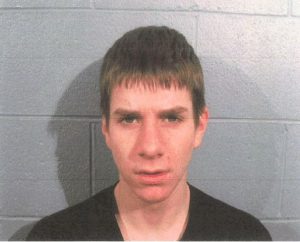 An undercover deputy rented an apartment at an unidentified complex, after the Sheriff’s Office received numerous complaints about drug sales at the location. The deputy was able to make multiple purchases of narcotics, ranging from Marijuana to methamphetamine. At the completion of the investigation, the Calaveras Narcotics Enforcement Unit and District Attorney’s Office obtained an arrest warrant for four individuals. They are 20-year-old Matt Francisco Fernandez, 32-year-old Louise Dolores Crawford, 20-year-old Gregory Vernon Dunivant and 49-year-old Dale Edward Berger.

Fernandez and Dunivant were caught and arrested at the San Andreas apartments. Crawford and Berger remain at large. Anyone with information on their whereabouts should call the Sheriff’s Department at 209-754-6500.