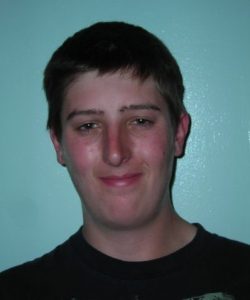 Sonora, CA– A 23-year-old Santa Cruz man was arrested over the weekend on numerous felony warrants.

According to Police Chief Mark Stinson, officers made contact with the resident at this location Saturday night who claimed Hickman was not there. After a search of the home, Hickman was found hiding in the attic and placed into custody.