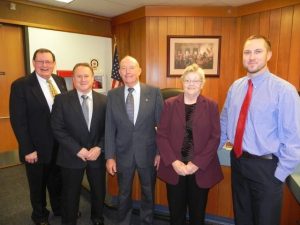 After weeks of discussion, the Tuolumne County Supervisors are scheduled to vote on the budget for next fiscal year.

Around 60 workers are expected to be laid off at Tuesday’s meeting. It also is the last chance for department heads and workers to speak out on the matter. A public hearing on the budget is scheduled for 10:30am.

The Supervisors will also discuss whether to take a stance on the state’s Citizens Redistricting Commission’s preliminary map for new Senate, Assembly and Congressional districts. To read a previous article about redistricting, click here. The Supervisors meeting starts at 9am. It will be streamed live in the multimedia section of myMotherLode.com.