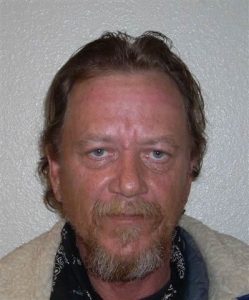 Jamestown, CA — A Jamestown man has been arrested for felony cruelty to animals.

53-year-old Donald Smith was the owner of horses Gideon and Gabriel, which were seized by Animal Control officials last September. Gabriel collapsed near the intersection of Highway 108 and 5th avenue and had to be rescued. Gideon was located a short time later at Smith’s residence and was treated for malnutrition.

The Tuolumne County Sheriff’s Office had planned for Smith to be their “Most Wanted” suspect this week, but he was soon located Monday morning. “At about eight o’clock we received some information as to his whereabouts,” says Sgt. Jeff Wilson, Tuolumne County Sheriff’s Office Spokesperson. “The information was passed to patrol deputies and they went to an address on Main Street in Jamestown and found him.”

The Sheriff’s Office reports that Smith was also being sought because he was an out of compliance sex offender.

Gabriel is currently living at the Rehorse Rescue Ranch in Jamestown, while Gideon is being cared for by Tuolumne County Animal Control.