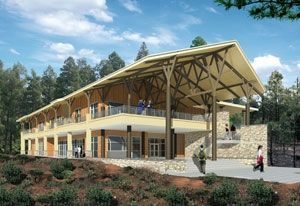 Columbia, CA — The three candidates hoping to become the next President of Columbia College will be at a forum Wednesday morning at the school.

Dr. Richard Jones, who has been the Interim President since August, says there will be a list of challenges awaiting the next President. He says the major issue will be “doing more with less,” given cuts being handed down from the state level.

“Our number of fulltime faculty members is being reduced, and we’re losing a number of classified employees because they’ve been bumped out of their jobs by people from Modesto Junior College with more seniority,” says Dr. Jones. “The new President will have a big job of bringing those people in during July and August and making them part of the team.”

“You’re losing good people on the one hand, and then gaining others, so that’s a difficult adjustment,” adds Dr. Jones.

The cost of education will be going up next year. The per-unit fee will increase from $26 up to $36 for both Columbia College and Modesto Junior College.

The new President will also oversee improving the College’s science program. A new $22 million Science and Natural Resources Building is expected be completed next month. The two story structure will have 21,000 sq. ft. of interior space, and was funded by voter approved Measure E Bonds.

Dr. Jones notes that the next President should enjoy the working environment at Columbia.
“The human resources here far exceed the fiscal resources,” adds Dr. Jones. “He’ll inherit a great faculty and staff.”

The three Presidential candidates are Dennis Gervin, Ken Meier and Kevin Trutna. To read an earlier article about the individual candidates click here. The candidates will speak at an open to the public forum Wednesday morning at Columbia College’s Dogwood Forum. Each candidate will have approximately 45 minutes to speak. The event begins at 9am.