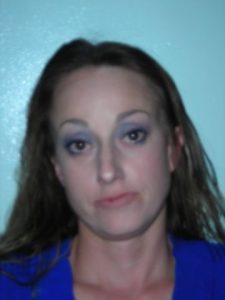 Soulsbyville, CA– One of Tuolumne County’s “Most Wanted” suspects was arrested in Soulsbyville yesterday.

According to the Sonora area CHP, at around 2 pm, two CHP officers entered the Outpost gas station on Soulsbyville Road. One of the officers recognized a woman who had previously been identified as Tuolumne County’s “Most Wanted.”

The officer contacted the suspect and confirmed that is was 30-year-old Kathryn Christina Wood of Sonora who had an active felony warrant for larceny. Wood was taken into custody and booked into the Tuolumne County Jail.

The CHP also arrested a man who was an occupant in Wood’s vehicle outside the gas station. 31-year-old Sonora resident Thomas McNamara had active warrants through the Tuolumne County Sheriff’s Department for DUI and driving on a suspended license.