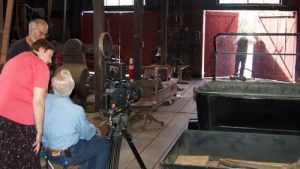 Jamestown, CA — A portion of a new PBS documentary on John Muir was shot in Tuolumne County.

“John Muir in the New World” will premiere at 9pm tonight on PBS. It is part of the American Masters series, and its airing coincides with Earth Day coming up on April 22.

Tuolumne County Film Commissioner Jerry Day says Director Catherine Tatge and her crew were in the county about a year-and-a-half ago and filmed at Columbia State Park, Railtown 1897 and Cover’s Apple Ranch.