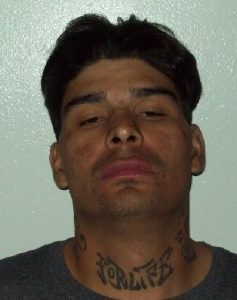 Tuolumne, CA — A man was killed in Tuolumne over the weekend.

The Sheriff’s Office reports that Raymond Engle was found dead inside a home at 19020 Birch Street at around 1:30am on Sunday. Engle had multiple gunshot wounds.

Clarence Gaylon Lavell has been arrested and charged with homicide. Lavell is being held in Tuolumne County Jail on $1,000,000 bail. No details surrounding Engle’s death have been immediately released by authorities. Sheriff’s Office spokesperson Sgt. Jeff Wilson says an investigation is ongoing. Anyone with information regarding the incident is encouraged to call the Sheriff’s Department at 533-5815.