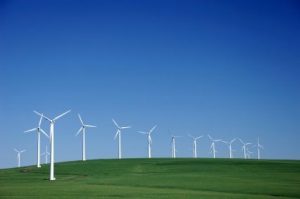 Sacramento, CA — Governor Jerry Brown has signed a bill calling for one-third of the state’s electricity to come from renewable sources by 2020.

Meanwhile, opponents of the plan stated yesterday that the legislation will drive up the costs of energy because renewable sources are typically more expensive to produce.

Brown says the state has “enormous” renewable resource potential. U.S. Secretary of Energy Steven Chu was on hand for the Tuesday signing ceremony. Industry group the California Manufacturers and Technology Association argues that the state currently pays 50 percent more in electricity than most other states, and this could drive up the price further. In 2009 Governor Schwarzenegger proclaimed a goal of 33 percent of the state’s energy coming from renewable sources by 2020, and the legislation SBX1 2 was signed by Governor Brown.