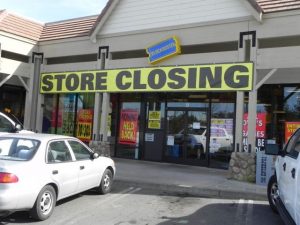 The Associated Press reports that the satellite television provider purchased the video rental chain for $228 million. Blockbuster has around 2,400 stores nationwide, down from 9,100 in 2004. The company recently filed for bankruptcy and closed thousands of locations, including the store in Angels Camp. The Sonora store remains open.

Dish Network has released a statement that it hopes to successfully cross-market the video chain and satellite TV provider. Blockbuster has been losing money in recent years with the rise of DVD kiosks and services like Netflix. Dish Network’s actual bid was $320 million, but it was adjusted because of inventory and available cash.