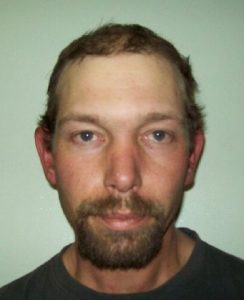 Jamestown, CA — A Modesto man was arrested in Jamestown on charges of Grand Theft.

The Tuolumne County Sheriff’s Office received a report that a man appeared to be hot-wiring a truck in the parking lot of Chicken Ranch Casino late Monday night. A deputy arrived and approached 36-year-old Michael Cardoza of Modesto, and learned that he is actually the owner of the truck. Cardoza told the deputy that he was trying to fix an electrical connection for a trailer connected to his vehicle.

Another deputy soon arrived to assist, and he noticed that Cardoza had a pile of scrap metal in the trailer, including a car hood that had a painted logo of a local business. The Sheriff’s Office reports that Cardoza admitted to stealing the hood and the rest of scrap metal, valued at $2,500. He said that he stole the metal to support his drug habit.

Inside Cardoza’s truck was a hypodermic needle and glass smoking pipe. Cardoza told the deputies that they belonged to a friend that was inside the casino. Cardoza faces charges of possession of stolen property, conspiracy and possession of drug paraphernalia.