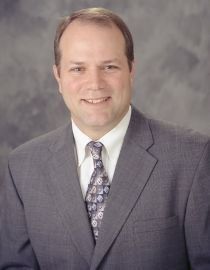 Tuolumne County Administrator Craig Pedro is concerned about the budget forecast for the next few years.

Pedro gave a grim budget report at this week’s Supervisors meeting. Governor Jerry Brown’s proposed realignment of state services would move more “low level offenders” from state prisons to county jails. It would also place the responsibility for supervision of inmates released from state prison on local probation departments. Funding to offset the changes to the criminal justice system would come from the Governor’s temporary tax extensions. It is unknown if the tax proposal will even make it to the ballot.

Tuolumne County is set to lose $1.3 million annually to its road fund because of a state swap on sales tax collected on gasoline to a new excise tax on fuel.

The Governor’s proposed budget would also result in a $32,000 reduction for Veteran Services, $19,339 for the Library and 24,883 for general literacy services.

In addition, if the tax extensions are not approved the county would see a $1.1 million decline in public safety service funding (e.g. Sheriff’s Office, District Attorney and Probation). Cuts are also proposed for Behavioral Health services.

The county will likely have to make around $4 million in cuts for the upcoming fiscal year 2011/12 budget.

Pedro noted that general revenues are projected to decrease each of the next two years, before beginning to increase again in fiscal year 2013-14. The primary reason is the continuing decrease in property tax values. The decreases far outweigh the expected improvements in other general revenues like sales tax, cable franchising fees and the Transient Occupancy Tax.