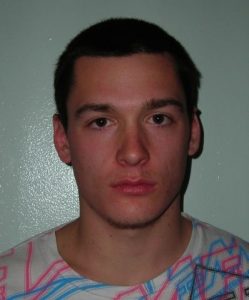 Sonora, CA – A teen on a motorcycle led Sonora Police Officers on a chase through downtown.

Police Chief Mark Stinson reports that an officer watched Tyler Devereux ride through two stop signs on Church Street and then rapidly accelerate onto Stewart Street. The officer turned on his emergency lights, but the 19-year-old from Sonora failed to abide.

Devereux turned onto S. Washington Street, and then saw an additional officer joining the chase. The Police Department reports that Devereux soon lost control of the bike and crashed. Devereux took off running, and officers were able to catch him after a short foot pursuit. Devereux was booked into Tuolumne County Jail on charges of evading an officer, resisting arrest, violation of probation and driving with a suspended license. He was not injured in the crash.

The chase was Sunday at around 10pm.