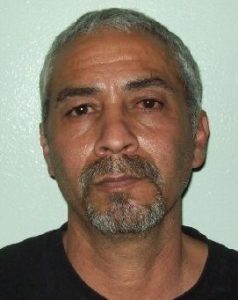 The Tuolumne County Sheriff’s Department reports that 47-year-old Richard Glen Montez was swerving in and out of traffic lanes on eastbound Highway 108. A deputy turned on his emergency lights, and Montez kept driving. Eventually he pulled into Chip’s Chevron. Montez initially gave the deputy a false name. When the deputy asked him to spell his name, Montez became evasive and had to be asked several times. Montez was then searched and the deputy found a drivers license listing his true identity. Montez reportedly told the deputy he lied about his name because he had an outstanding warrant for his arrest.

The owner of the car was riding in the passenger seat, 52-year-old Mary Lou Garcia of Modesto. She was found to be in possession of 5.4 grams of methamphetamine and a small amount of marijuana. Both were booked into Tuolumne County Jail.

The two were pulled over at around 1am.