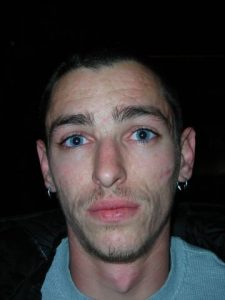 According to the Sonora Police Department, James Tracy Jr. was walking on Stockton Road Monday afternoon at around 12:30 pm when he was stopped by an Officer. The Officer knew Tracy had an active warrant for his arrest for failing to appear in court on a possession of a narcotics charge. He was taken into custody without incident.

Tracy admitted to the Officer that he had over 1.5 grams of methamphetamine in his possession, along with a pipe for smoking meth and a syringe. Scales to measure meth in grams were also found on Tracy, along with several empty small plastic bags often used for storing methamphetamine. There were also numerous text messages on Tracy’s cell phone from people wanting to buy narcotics from him.