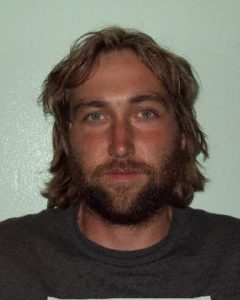 Sonora, CA — The Sonora Police Department caught a man that was painting graffiti on the side of a business.

28-year-old Andrew Clemo allegedly went into OSH on January 30 and purchased a can of red spray paint. A short time later, Clemo returned with paint all over his hands and told a clerk that the bottle exploded, so he would like to exchange it. The clerk gave Clemo a new can, but noticing that he was acting suspiciously, watched him as he left the store. The clerk witnessed Clemo go straight over to Big O Tires, where he started spraying graffiti on the side of the business. Officers were notified, and came and arrested Clemo. He is a transient living in Sonora and is on felony probation for petty theft with prior convictions.

The Police Department is continuing its investigation in hopes of finding whether Clemo is responsible for other recent graffiti in the area.