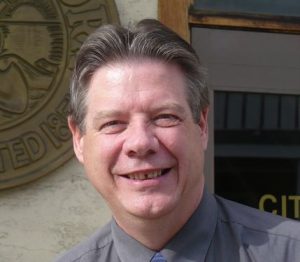 Former City of Sonora Administrator Greg Applegate is the Executive Director of the Sonora Area Foundation.


Applegate was Friday’s KVML “Newsmaker of the Day”.


SAF Board President Jim Johnson said last year upon hiring, that “Applegate would bring extensive leadership and administrative skills to the Foundation, and has great knowledge of the county and its needs”.

Applegate stepped into his new role on October 1st and was selected by the SAF Board of Directors from a pool of 27 applicants. The board interviewed three finalists.

The Sonora Area Foundation was established in 1990, and channels donor contributions to projects in the county. It has administered nearly $12 million in grants since its inception.

Applegate retired from the City of Sonora following 20 plus years of service.