No Amgen Tour For Mother Lode 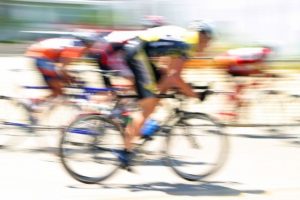 Sacramento, CA — The Amgen Tour will not be traveling through the Mother Lode this year.


Assemblywoman Kristin Olsen contacted organizers of the annual bicycle race through last week and encouraged them to run Stage Three through Angels Camp and Sonora.

It was announced in November that Stage Three of the race will travel from Auburn to Modesto, but the specific route will not be announced for another 4-6 weeks.

“There’s a maximum distance that the riders can travel in a day, and they (Amgen Tour) informed us that if they take it through Angels Camp and Sonora, they will exceed that distance,” says Olsen “We weren’t able to pull it off for this year, but they did express an interest to start working with us to maybe get a foothill route next year.”

Olsen says the Sierra foothills would provide the tour with great scenery and charm. It could also provide an economic boost for the region. In recent years the Amgen Tour has attracted top riders such as Lance Armstrong.