Tryon’s Final Board Meeting Next Tuesday 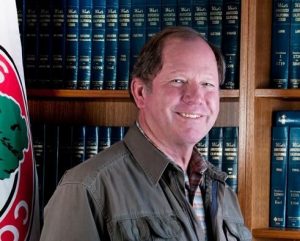 After twenty-eight years as a Calaveras County Supervisor, Tom Tryon will attend his final scheduled board meeting on Tuesday, December 18th.

Tryon was Thursday’s KVML “Newsmaker of the Day”.

In the state of California, there is only one Supervisor who has served longer than 28 years and that is Mike Antonovich of Los Angeles County.

Tryon was first elected in November of 1984 by just one vote. In fact, he nearly lost that election by around twenty some ballots, but the elections office discovered ballots that had not been counted from the Vallecito area and that extra small push made the one vote difference.

In reflecting on his proudest achievments over the nearly last three decades, Tryon immediately points to the growth of Murphys.

“We put policies in place that were very controversial at the time, but it was designed to attract capitol,” said Tryon. “If you want economic growth, you need strong pro-growth policies.”

As far as immediate plans after December 31st (Tryon’s official last day), Tryon plans to relax and put local government and politics behind him.

“Twenty-eight years of direct involvment is enough for me,” Tryon said. “My wife and I will concentrate on tending to my cattle ranch. Hopefully I will lose a lot of stress.”

Tryon plans to remain a resident of Calaveras.

A reception for Tryon and other outgoing Calaveras Supervisors; Gary Tofanelli and Steve Wilensky, will be held this Tuesday December 18th from 8am – 9am in the Board of Supervisor Chambers in San Andreas. The public is invited.