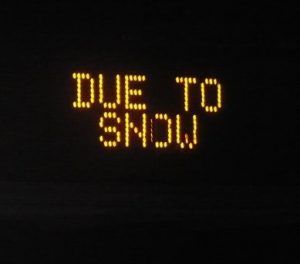 Yosemite Park has shut down Tioga Pass for the winter, but Caltrans says they’re taking it one day at a time for Highway 108 Sonora Pass and Highway 4 Ebbetts Pass. Right now both those passes are closed due to snow and Caltrans is not sure when they will close permanently for the winter.


Caltrans Spokesperson Ken Paglia says, “It really is weather dependent. It 100 percent depends on the road conditions and how safe they are for drivers. So we’ll probably know soon, but it just depends on the weather.”

If you’re hoping that maybe this year Highway 108 Sonora Pass and Highway 4 Ebbetts Pass won’t shut down for the winter season, Paglia says that’s unlikely as it has never happened before.