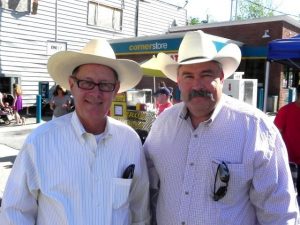 Sacramento, CA — Today there is a changing of the guard at the state capitol.

The California legislature is swearing in its largest freshman class of lawmakers since 1966. One of the newcomers is Republican Frank Bigelow, who will represent Assembly District Five. It covers much of the Sierra Nevada foothills, including both Tuolumne and Calaveras Counties. He stated recently in an interview that his top priorities will include curbing state spending, looking at regulations and passing additional pension reforms.

In total, 38 of the 80 Assembly seats will be held by freshman lawmakers.

District 14 Republican Senator Tom Berryhill will continue to represent the Mother Lode region, as he did not face re-election in November. “Today we begin the 2013 Legislative Session with many new faces, but many of the same old problems, unfortunately,” says Berryhill in a statement. ” I look forward to working with my colleagues, old and new, to bring sanity to California’s budget process, common-sense approaches to creating jobs for Californians, and an awareness of the issues important to rural California.”