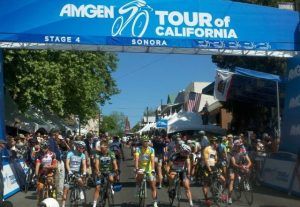 Sonora, CA — After serving as a host city this year, Sonora did not make the cut for 2013.

Sonora City Councilman Bill Canning noted, “They have different routes that they take each year, so to get it back to back would be pretty unusual.” He also says, “I think it was a great event.  I think it brings a lot of exposure to the city and the county and we will keep trying.”

Considered America’s largest and most prestigious professional road cycling stage race, the Amgen Tour of California will travel approximately 750 miles from May 12-19, 2013.

The 12 Host City partners for the 2013 Amgen Tour of California include: