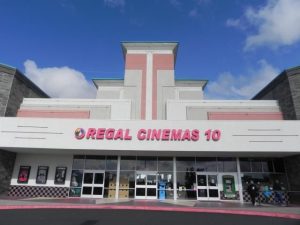 Sonora, CA — The Sonora Police Department reports that a gunshot went off in a movie theater.

It happened inside the Regal 10 Cinemas on Sanguinetti Road. When officers arrived, they learned that an off-duty Correctional Sgt. with the California Department of Corrections and Rehabilitation had adjusted his concealed gun holster while walking up an aisle. Somehow he managed to disengage the back safety strap and depress the trigger, causing the gun to shoot. A bullet went through the armrest of a nearby chair, and the bullet then ended up on the floor of the theater.

Initially, no one was thought to be injured. However, someone contacted the theater several hours later claiming to be struck by bullet fragments. That particular person has not yet contacted the Sonora PD.

The Police Department reports that an investigation into the matter is ongoing. The CDCR correctional sergeant’s firearm was seized, and his supervisor was notified of the incident. No charges have been put forth. It happened on Friday at 4:47pm.