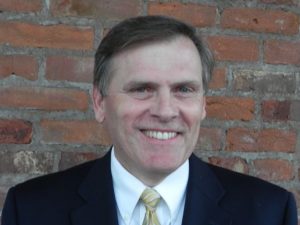 Sonora, CA — Frank Bigelow came in second during the June primary, but he was the top vote-getter when it counted most.

While the results are not yet official, it appears the Madera County Supervisor will represent both Tuolumne and Calaveras Counties in the newly drawn Assembly District 5. The Secretary of State’s Office reports that Bigelow received 52.7% of the vote and Oller received 47.3%. Both candidates are Republicans and faced off thanks to the state’s new open primary system.

“I’m very surprised, and very honored, to see these results come through,” says Bigelow. “I think the key to success in this race was the hard work, not only by myself, but everyone around me on the team.”

“I am deeply disappointed by the results,” Oller said in a statement. “I was looking forward to representing the foothills in the Assembly and protecting taxpayers. I want to thank those who supported my campaign.”

With both candidates being Republican, over recent weeks Bigelow was able to pick up the support of some Democratic and Independent voters.