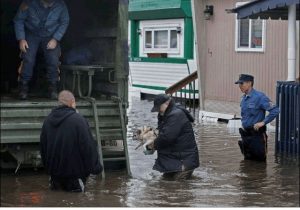 The American Red Cross office in Sonora has received several calls over the past couple of days from people asking how they can help.

Red Cross representative Carole Mutzner is telling callers that the easiest way to make a donation is to visit www.redcross.org. Donations can also be sent to P.O. Box 81, Sonora, CA 95370.

Mutzner reports that 18 volunteers from the Capital Region Chapter, which includes the Mother Lode, have been sent to assist with the Hurricane Sandy cleanup. “They were lucky to get out on one of the last flights going to the East Coast,” says Mutzner. “It looks like it is going to be a long recovery, so I’m sure more people will eventually be sent.”

Mutzner says it is not immediately known how many responders, if any, were from Tuolumne County. Officials report that the storm has claimed over 50 lives and left areas of mass destruction along the eastern states.