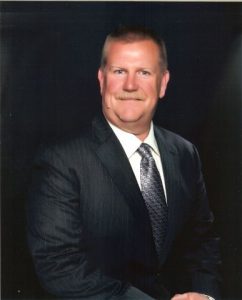 
Governor Brown says, “It is with great sadness that Anne and I learned CAL FIRE Battalion Chief Rob Van Wormer has passed away. We extend our deepest condolences to Rob’s family, friends and everyone at CAL FIRE during this difficult time.”

CAL Fire reports Van Wormer, 47, died Saturday of natural causes. Officials say he was at a Santa Cruz restaurant Saturday night with a co-worker when he lost consciousness. He was later pronounced dead at Dominican Hospital in Santa Cruz around 8 p.m.

CAL Fire Director Ken Pimlott says, “I am directing all CAL FIRE facilities to immediately lower flags to half staff and all uniform personnel to shroud badges until the conclusion of Chief Van Wormer’s memorial services.”

There is no memorial services information at this time.