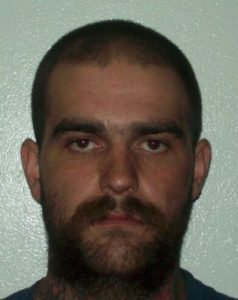 
Sheriff’s officials say a rash of burglaries in the Crystal Falls area had deputies on alert. They say Deputy Rod Hobbs was on patrol when he noticed a vehicle stopped and idling on Crystal Lake Drive, and Wasatch Drive, in Crystal Falls. Sheriff’s officials say Hobbs became suspicious and ran the license plate. While waiting for an answer the vehicle began to head down Crystal Lake Drive. At that time dispatch advised Hobbs that the vehicle was stolen.

Hobbs followed the car until it abruptly stopped and the passenger tried to jump out of the car. That’s when Hobbs drew his gun and ordered both suspects to stay in the car. Sheriff’s officials searched the car and found lock picks and other burglary tools, along with some possible stolen jewelry.

Deputies arrested 23 year old Ryan Wardwell of Twain Harte and 23 year old Edward Cooper of Mi Wuk Village. Both were arrested and charged with possession of a stolen car and burglary tools.