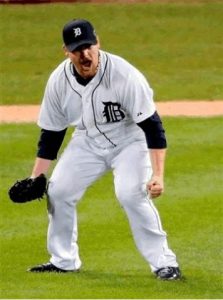 The Sonora High graduate was a big part of sweeping the New York Yankees in the ALCS, pitching the final outs in games two, three and four.

In a post game interview released by Major League Baseball, Coke said the team is playing for the “blue collar” workers that have seen hard times in Detroit over the past several years. “We have one more step, something else to do, so we’re not done,” he said.

It is Coke’s second trip to the World Series, having been a part of the 2009 World Champion New York Yankees. The Tigers will play the winner of the Cardinals-Giants series. St. Louis is currently up 3-1.