A Reprieve For Endangered Parks 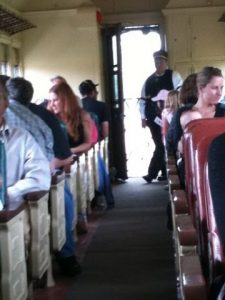 Sacramento, CA – The Associated Press reports the Governor signed several bills to save parks on the endangered list for two more years and ensure better oversight on budgets in the aftermath of the park scandal. Together, the bills signed by the Governor create a two-year moratorium on parks closures, $30 million in funding and give the parks new fundraising tools.

California State Railroad Museum Foundation Executive Director Kathy Daigle says this is good news for Railtown 1897, but she wants to hear more details. Daigle says “We don’t know how the Parks Department will implement the bills because there are provisions to match donor’s funds that have come in to help save the parks that were on the closure list. We don’t know exactly how that will roll out and we don’t know how other portions of the bills will be implemented so we’ll be waiting anxiously to hear about that information.”

The parks scandal involved surplus funds of nearly $54 million dollars in the department. The money was located at a time when state lawmakers and non-profit organizations were scrambling to find money to save 70 state parks set for closure, including Railtown 1897. Parks Director Ruth Coleman resigned as director in June amid the scandal.