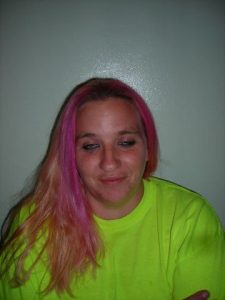 Two people were arrested for stealing over $550 worth of items from a Sonora Grocery store.

It happened recently at the Safeway on Sanguinetti Road. The Police Department reports that the pair filled two grocery carts with food and walked out of the store. They are 30-year-old Kerry Lang of Sonora and 32-year-old Christopher Goodrich of Sonora. The Police Department says they also had Lang’s one year old child with them. The whole scene was captured on the store’s surveillance camera, and store employees went outside to confront them as they started to leave. However, they quickly put the food in their vehicle and sped away from the store. In the process, they scraped the vehicle they were parked next to in the lot.

With help from the Tuolumne County Sheriff’s Office, Lang and Goodrich were located at a residence in the county and arrested. Lang claimed that she had stolen the food for her child. The Police Department is questioning the claim, as some of the items taken were beer, whiskey and soda. Most of the items were recovered, however, the perishable food had to be destroyed.