What To Do With Black Oak School? 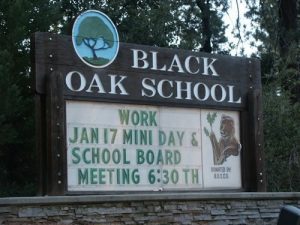 Twain Harte, CA — The Twain Harte-Long Barn Union School District wants the community to decide whether to sell, lease or do something else with the Black Oak School property. The District Advisory Committee is holding a public hearing on Thursday, October 18, 2012 6 to 7 P.M. at 18995 Twain Harte Drive in Twain Harte.


They say they want the public’s input and concerns regarding the issues below:

Twain Harte-Long Barn District Superintendent Dr. John Keiter says if they sell the building there are strict uses for the money. Keiter says “The school district can only take the proceeds and put them into expenditures for facilities maintenance and improving the other facilities in the district.” He adds, “They possibly could use the funds for one time purposes, but they can not use it to pay salaries.”

Keiter says the committe will give it’s recommendation to the school board later this year and  wants to incorporate the community’s opinions.