Report On Law And Justice Center 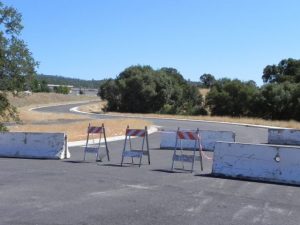 The Tuolumne County Supervisors will hear an update on the projects proposed at the Law and Justice Center site.

It is one of the items on Tuesday’s Supervisors agenda. It was announced last week that tough budget times have resulted in a state judicial agency recommending that seven of the 31 state courthouse projects in the works be delayed “indefinitely.” The Sonora Courthouse is not on the list, and it is expected to move forward when funding becomes available. The law and justice center site, off Wards Ferry, also calls for a juvenile detention facility, and a new jail complex. The infrastructure at the property is already in place.

The Board will also vote whether to award a $191 thousand contract to Jax Baldwin Construction for the Jamestown Façade project, and discuss some one-time funding requests related to the current budget.

Tuesday’s meeting begins at 9am in the Supervisors meeting room. It will be streamed live in the multimedia section of myMotherLode.com.