Columbia College Takes You To Peru 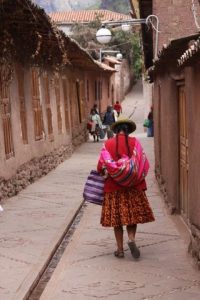 Columbia, CA – Columbia College invites you to get to know Peru. Thanks to an exhibit called “Peru: The Ancient, the Sacred – Architecture, Ceramics, and Textiles – Photographic Explorations by Laurie Sylwester”.


Professor Laurie Sylwester says “The premise of the show is my sabbatical that I just had from January through April and I did extensive travels, research, photography that I could use for my classes and I took over ten thousand images that I’ll be using for teaching and sharing some of those pictures with those who visit the exhibit.”

Sylwester exhibit is on display at the Manzanita Building Rotunda through September 28th from 8 a.m. to 7 p.m. Monday through Friday.

College Officials say there is a reception with an artist talk for the show on September 28th in the Rotunda at 7 p.m. in Cedar 1.